Hero 325: a Chinese cheapie that works

Well, I have to say I'm not a lover of the heavy machined brass pens we often see on eBay. Particularly not when they have thin lacquer pretending to be celluloid, which starts flaking off after a couple of months' use. I'm not a lover of fake Montblancs - the real thing has far too much bling for my likeing anyway - and the nibs are never anything special.

Add to which that it's the Japanese who make really good cheap pens - the Pilot 78g for instance, which can be found with a formidable broad nib if you look in the right places.

But I have a Hero 325, a little flighter that I picked up in a stationery shop in Bhopal, and I'm rather pleased with it. It's very light, very streamlined, with an extremely simple clip, metal tassies at each end, and a black plastic section - more slender than the P51 and without any clutch ring to disturb the extremely plain look of the pen.

I was slightly surprised to find it such a simple pen. Really, no Chinese bling nonsense. No dragons, horses, extra bits of glitter. It's a slender pen too; not quite 14 cm long, but only 9mm round, whereas my Jinhaos are much chubbier (and heavier). 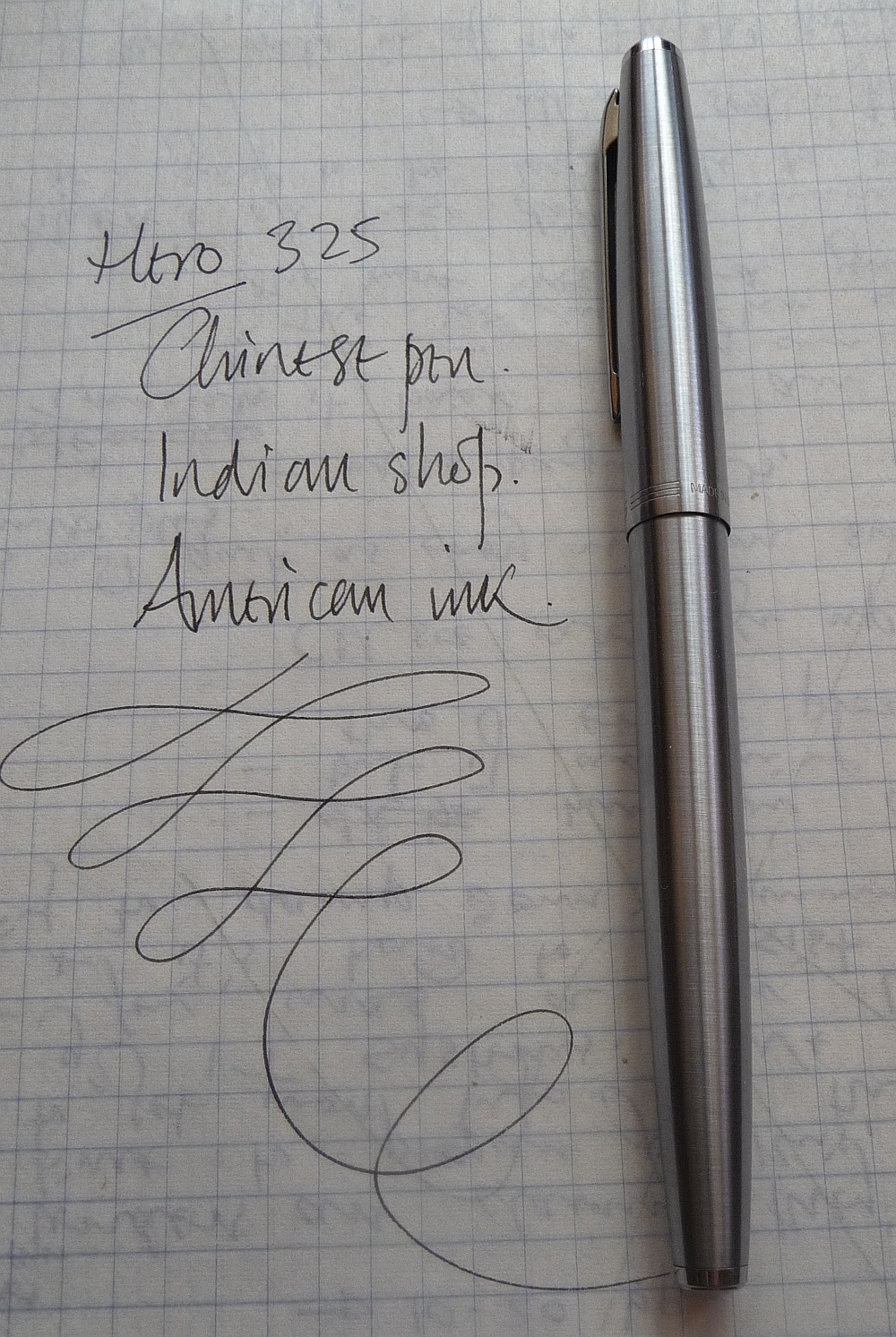 What really surprised me, though, was the ease of writing with the little hooded nib. I haven't tweaked it a bit. It gives a little feedback but it's not scratchy, and it writes nice and wetly with Cross black ink.(None of your fancy Iroshizuku cherry blossom viewing ink here - cheap pen, cheap ink, functional stuff.) It's springy enough to be pleasant, and writes fast when I'm taking notes without skipping at all. No hard starts either. I've had pens I paid many times more for that aren't half as much fun. 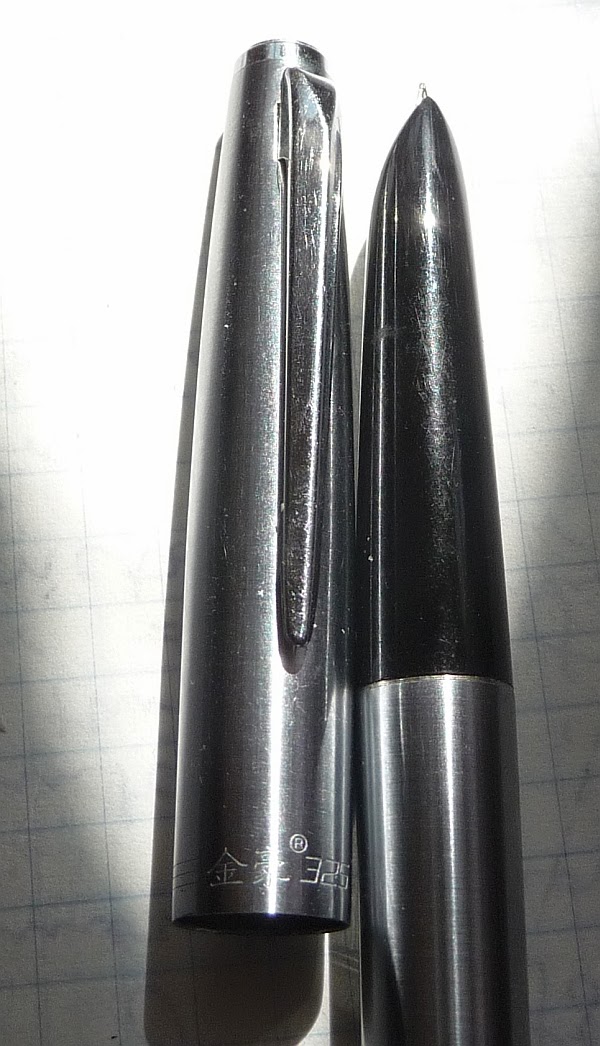 The weak point? A squeeze filler that doesn't seem to draw in much ink and feels very cheap indeed compared to the P51 aerometric filler (a piece of engineering that is really top class).

I have no idea whether all Hero 325s are as nice. I hear that Hero has quality problems. But if this is the usual standard of their pens, I'd be happy buying another one.
Posted by Andrea Kirkby at 06:04 No comments: