I always have pens waiting for repairs. Since I do a lot of 'pen safari in the wild' at car boot sales and junk shops, it's only to be expected. Occasionally I get down to a day's work on a whole batch, and I have just got ten pens nicely polished up. Four of them need a bit of work on the nibs, but the others are good to go. (Interestingly, all three Waterman pens with their original nibs write beautifully, despite the fact that two of the nibs were horribly bent and had to be carefully tweaked back to shape and burnished.)


Several of these pens are still missing their clips. I'm not too bothered. They fill with ink, and they write, and the celluloid is beautifully polished. That'll do. 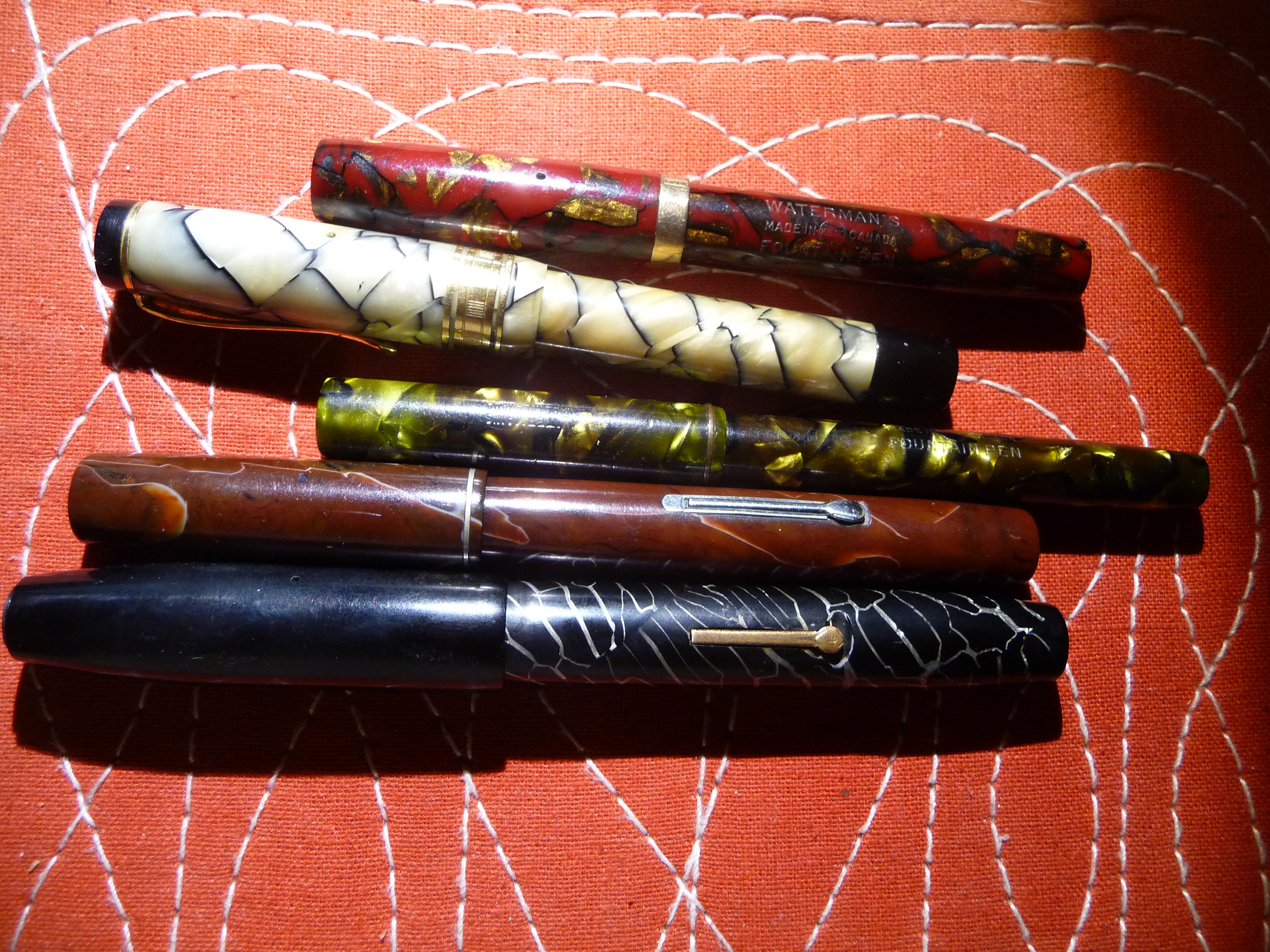 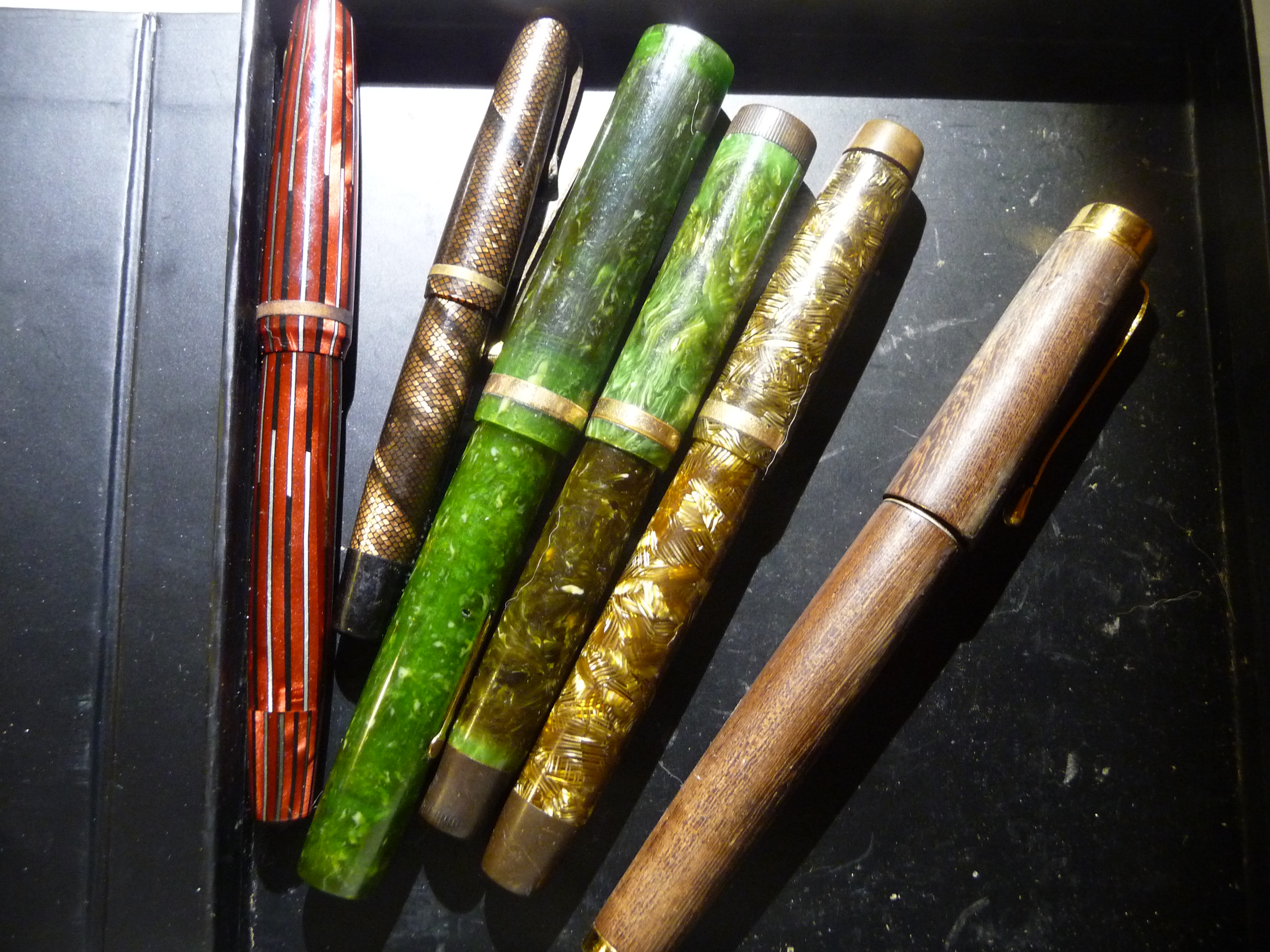 The second batch begins with two no-names:
Next to them is a wooden pen I rescued - every single part of it was broken when I acquired it for a single euro. Epoxy, patience and micromesh have got it working, though it will never look a hundred percent and the cap is not guaranteed to clip securely.

What did I learn with this batch?